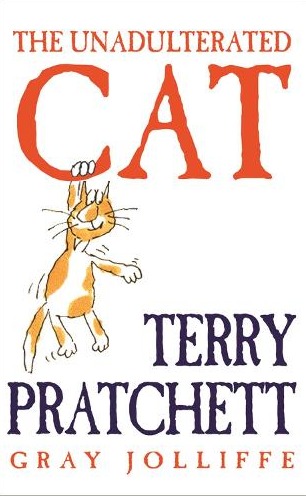 From bestselling author Terry Pratchett, everything you need to know to identify the real, unadulterated cat.

The Unadulterated Cat is becoming an endangered species as more and more of us settle for those boring mass-produced cats the ad-men sell us - the pussies that purr into their gold-plated food bowls on the telly. But the Campaign for Real Cats sets out to change all that by helping us to recognise a true, unadulterated cat when we see one.

For example: real cats have ears that look like they have been trimmed with pinking shears; real cats never wear flea collars - or appear on Xmas cards - or chase anything with a bell in it; real cats do eat quiche. And giblets. And butter. And anything else left on the table, if they can get away with it. Real cats can hear a fridge door opening two rooms away...