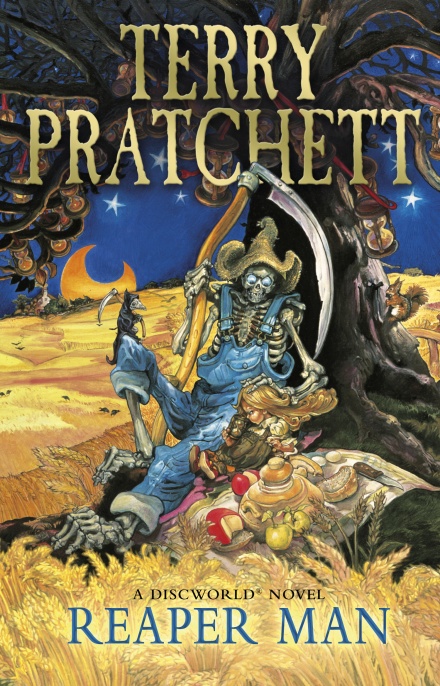 'One taste, and you'll scour bookstores for more' Daily Mail

The Discworld is very much like our own - if our own were to consist of a flat planet balanced on the back of four elephants which stand on the back of a giant turtle, that is . . .

'Death has to happen. That’s what bein' alive is all about. You're alive, and then you're dead. It can't just stop happening.'

Which leads to the kind of chaos you always get when an important public service is withdrawn. If Death doesn't come for you, then what are you supposed to do in the meantime?

Particularly when they discover that life really is only for the living . . .

The Discworld novels can be read in any order but Reaper Man is the second book in the Death series.