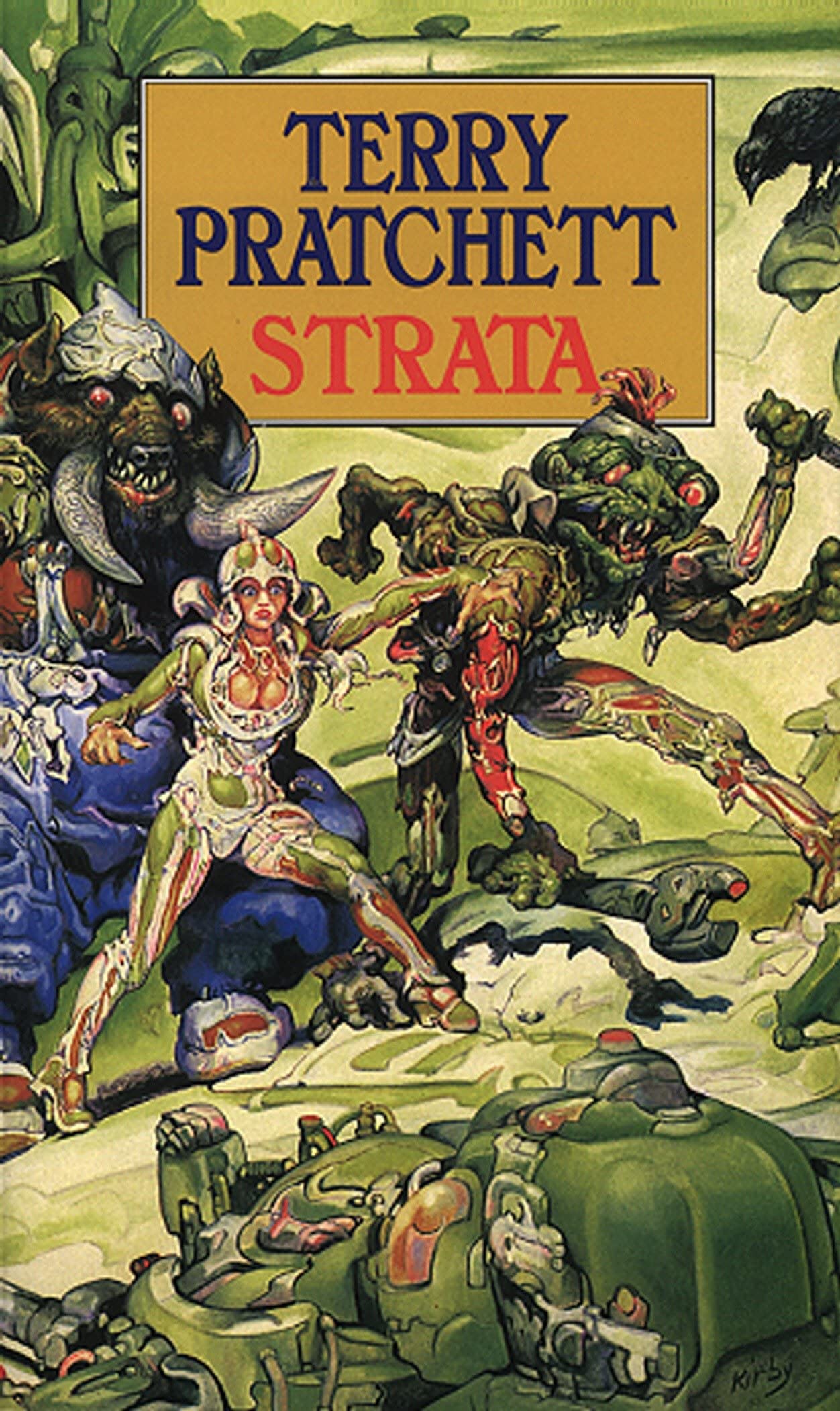 Kin Arad is a high-ranking official of the Company. After twenty-one decades of living, and with the help of memory surgery, she is at the top of her profession. Discovering two of her employees have placed a fossilized plesiosaur in the wrong stratum, not to mention the fact it is holding a placard which reads, 'End Nuclear Testing Now', doesn't dismay the woman who built a mountain range in the shape of her initials during her own high-spirited youth.

But then came discovery of something which did intrigue Kin Arad. A flat earth was something new...