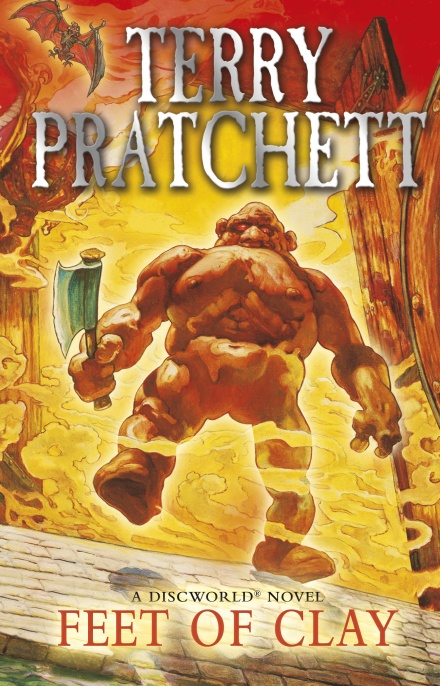 Third book of the original and best City Watch series

'The work of a prolific humorist at his best' - The Observer

The Discworld is very much like our own - if our own were to consist of a flat planet balanced on the back of four elephants which stand on the back of a giant turtle, that is . . .

'Sorry?' said Carrot. If it's just a thing, how can it commit murder? A sword is a thing' - he drew his own sword; it made an almost silken sound - 'and of course you can't blame a sword if someone thrust it at you, sir.'

Right now, it's the latter. There's a werewolf with pre-lunar tension in the city, and a dwarf with attitude and a golem who's begun to think for itself, but that's just ordinary trouble. The real problem is more puzzling - people are being murdered, but there's no trace of anything alive having been at the crime scene.

So Vimes not only has to find out whodunit, but howdunit too. He's not even sure what they dun. But soon as he knows what the questions are, he's going to want some answers.