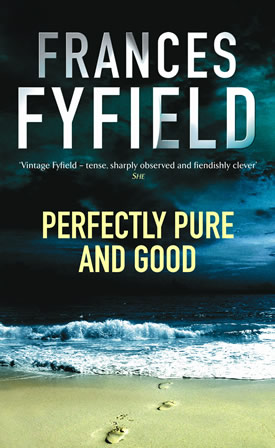 Sarah Fortune is happy to be sorting out the inheritance problems of the Pardoes, as it promises to distance her from a claustrophobic relationship with Malcolm Cook, and she cannot bear to be a captive. But she soon discovers that guilt, insecurity, unrequited love and a touch of insanity afflict the Pardoes and the seaside town where they live in Norfolk - all a legacy of a suicide of two years before, when a beautiful woman walked into the sea and never came back. And there is another element of the legacy, a white-haired figure some call a ghost and others call a vagrant who roams the beach and harmlessly haunts the town: until he insinuates himself into the power struggles of the Pardoe children and becomes the mysterious and cunning enemy of all concerned.