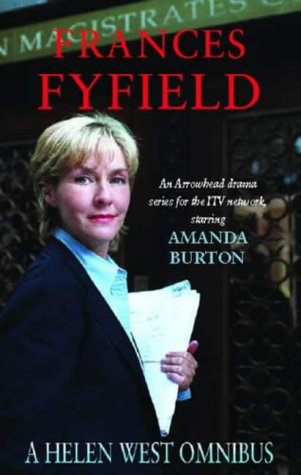 DEEP SLEEP. The death of a respected pharmacist's wife is accepted by all expect Helen West, a prosecuting solicitor. Her suspicions dismissed by her partner, Superintendent Geoffrey Bailey. Then an unexploded wartime bomb causes an evacuation and in the dark streets one lone man prepares to murder again. SHADOW PLAY. Mr Logo is a familiar figure in the courts, frequently accused of indecent assault, but invariably acquitted due to lack of evidence. His latest acquittal isn't the only set-back in Helen West's life: her long-term relationship with Bailey is even more brittle, and she has to deal with the insubordination of her office clerk, which unwittingly sets in motion events which push Mr Logo's dark passion to lethal extremes. A CLEAR CONSCIENCE. Helen West's personal life is in a mess, and she decides the first move is to tidy up her home, helped by Cath, who is trapped in a miserable marriage. Working by day with domestic violence cases, Helen too easily turns a blind eye to Cath's unhappiness, but then her pprivate and public lives collide as she witnesses the destructive forces of love and guilt, and finds herself applying her own version of justice.