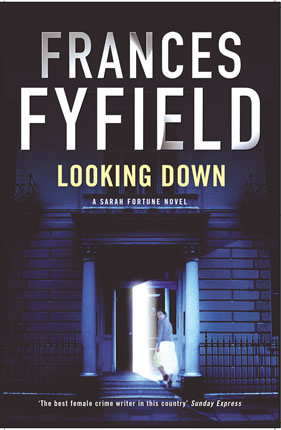 Richard Beaumont hoped to see the elusive crow on the Dover cliffs. Instead he sees a young woman falling to her death. No-one recognises her, no-one has reported her missing and Richard returns, shaken, to his wife, but instead of finding solace in Lilian's company, he locks himself away and obsessively paints the scene of the woman's broken body on the rocks. His cool behaviour towards her takes Lilian to the flat below and the worldly-wise company of Sarah Fortune. But Sarah, once Richard's lover, is awkward with her and is also preoccupied with her brother's unbreakable habit of cat-burglary and the suspicious traffic to the penthouse at the top of the mansion block. Unable to forget what he witnessed, Richard returns to the coast and is befriended by the local police surgeon. Recently widowed, John is depressed, not so much by his wife's death but by the realisation that his marriage had been a loveless void. Recognising the symptoms, Richard introduces him to Sarah so that she can no longer ignore the Beaumonts' troubles and is drawn into helping to trace where the dead girl came from and in so doing reveals a trade which is both breathtakingly lucrative and chillingly cruel.