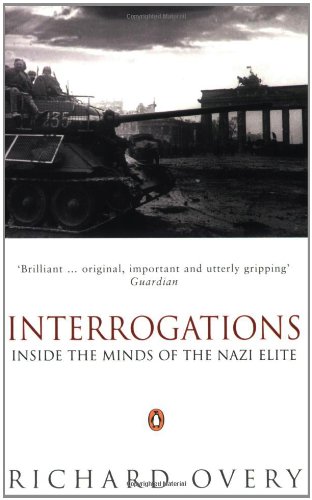 Europe in 1945 had been turned into a vast physical and moral wasteland. In the wreckage of defeated Germany the British, American and Soviet forces came face to face with the true horrors of the system they had fought against. This time there was no negotiation with the Germans as there had been in 1918 the leaders of Hitler's Reich were seized as war criminals and thrown into makeshift camps. "Interrogations" is the story of these prisoners as they and their captors came to terms with the reality of the bloodiest war in human history. The Allies had an opportunity unique in modern times to get their enemy to tell the story of war, terror and genocide as they had seen it. Most talked willingly - stunned, disorientated, bitter, fearful, they sat and discussed the system they had so recently served and for which they were now called to account. The months before their trial were marked by sudden drama, grim confrontations, desperate efforts to deny responsibility or attempts to confound the victors. Through "Interrogations" the reader confronts the reality of a savage dictatorship in its death throes. More than 30 interrogations are reproduced to capture the full flavour of the bizarre, psychologically charged response of men in a tough prison regime who not long before had enjoyed all the privileges and esteem of high office. As the stories unfolded, many scarcely credible, the Allies built up the picture of the Third Reich they needed for the Nuremberg trials. This is the history of defeat: stark and disturbing, "Interrogations" lays bare the human weaknesses that made the Third Reich possible.