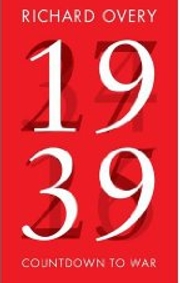 24 August 1939: The fate of the world is hanging in the balance. Hitler has ambitions to invade Poland and hopes Stalin will now help him. And the West must try to stop him. If they don?t, world war will result. In this dramatic account of the last days of peace in 1939, Richard Overy re-creates hour by hour the unfolding story in the capitals of Europe as politicians and the public braced themselves for a war that they feared might spell the end of European civilisation. There was nothing entirely predictable or inevitable about the outcome. The West hoped that Hitler would see sense if they stood firm. Hitler was convinced the West would back down. There were moments of hesitation and moments of confrontation; secret intelligence was used by both sides to support their hopes. The one constant feature was the determination of Poland, a country created only in 1919, to fight a war that seemed entirely irrational, against the armed might of Germany. Countdown to War brings to life a defining moment in the history of the violent twentieth century.

Overy is one of the great historians of the second world war' - Bryan Appleyard, Sunday Times