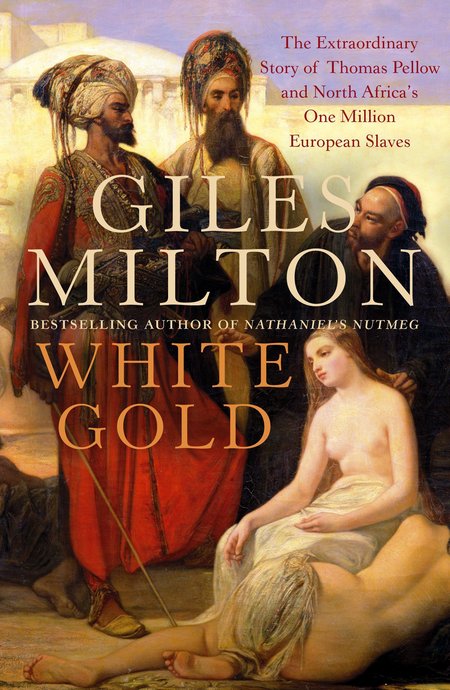 This is the forgotten story of the million white Europeans, snatched from their homes and taken in chains to the great slave markets of North Africa to be sold to the highest bidder. Ignored by their own governments, and forced to endure the harshest of conditions, very few lived to tell the tale.

Using the firsthand testimony of a Cornish cabin boy named Thomas Pellow, Giles Milton vividly reconstructs a disturbing, little known chapter of history. Pellow was bought by the tyrannical sultan of Morocco who was constructing an imperial pleasure palace of enormous scale and grandeur, built entirely by Christian slave labour. As his personal slave, he would witness first-hand the barbaric splendour of he imperial court, as well as experience the daily terror of a cruel regime.

Gripping, immaculately researched, and brilliantly realised, White Gold reveals an explosive chapter of popular history, told with all the pace and verve of one of our finest historians.