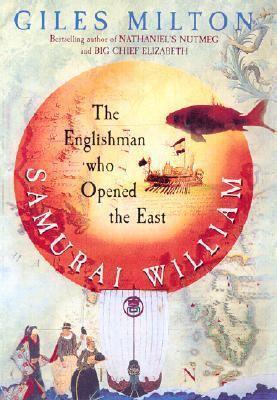 On an ordinary winter's day in London, 1611, a mysterious letter arrived at the offices of the East India Trading Company. It had taken some seven years for the letter to make its tortuous way to England and the merchants there were astounded by its contents... William Adams, an Englishman, had been one of only twenty-four survivors of a fleet of ships bound for Asia, and he had washed up in the forbidden land of Japan.

The traders in London were even more astonished to learn that, rather than be horrified by the strange customs, Adams had fallen in love with the barbaric splendour of the country - and had decided to settle. He had forged a close friendship with the ruthless Shogun Ieyasu, taken a Japanese wife and sired a new, mixed-blood family.

Adams' letter was the spark that fired up the merchants in London to plan a new expedition to the Far East, with designs to trade with the Japanese and use Adams' contacts there to forge new commercial links.