Gossip From The Forest 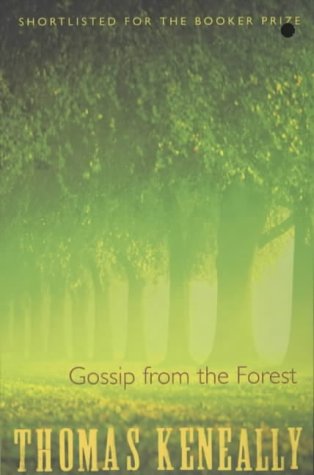 In November 1918, in a railway carriage in a forest near Paris, six men meet to negotiate an end to the terrible slaughter of the First World War. Threatened by famine and anarchy at home, the Germans struggle to mitigate the punishing terms offered by the Allies. But both sides are torn by battle exhaustion and a confusion that far exceed their national differences. In this riveting combination of history, speculation and rumour, Thomas Keneally recreates the personalities, ideals, prejudices, arguments and desperate measures that resulted in the armistice which would shape the future of Europe.
'Extremely gripping, as well as important historical fiction.' - New Statesman

'As fiction it is absorbing and as history it achieves the kind of significance earned only by sympathy acting on deep knowledge...Keneally's book belongs...with those like Solzhenitsyn's AUGUST 1914, books that delineate the past in sympathetic depth and so urge the reader to enter it.' - New York Times

'I was intrigued, excited and sure that the vivid snapshots of private-versus-public emotion would coalesce into a moving, meaningful image.' - The Sunday Times