A Tree on Fire 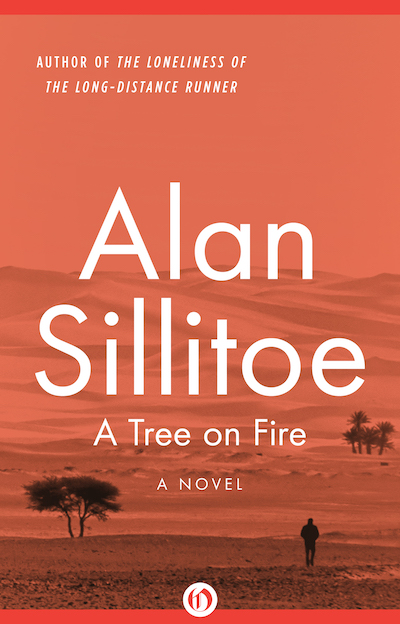 Book 2 in The William Posters Trilogy

The second novel in award-winning, bestselling author Alan Sillitoe’s William Posters Trilogy is an existential investigation of protest and revolution in 1960s North Africa and England.

Jewish dilettante Myra Bassingfield returns to England from Gibraltar with her four-week-old son. Frank Dawley, the child’s father and the anarchist antihero of The Death of William Posters, has disappeared into the African desert, where he is fighting with the FLN (Front de Libération Nationale) for Algerian independence against French troops.

Greeting Myra quayside as she disembarks from the ship is Frank’s friend, Albert Handley, an idealistic painter living in a chaotic house in Lincolnshire with seven kids, a bulldog, six cats, and two au pair girls. Albert’s brother, John, is determined to break from the family and he sets off for Algeria to track Frank down—but not before burning the Handley house to the ground. The Handley brood must then move in with Myra in Buckinghamshire, and by the time Frank finally shows up, they have formed a domestic cell of protest that may just plant the seeds of a new English revolution.

From ramshackle life in a commune to undercover gunrunning, this is Alan Sillitoe, author of The Loneliness of the Long-Distance Runner, at his humorous and literary best.