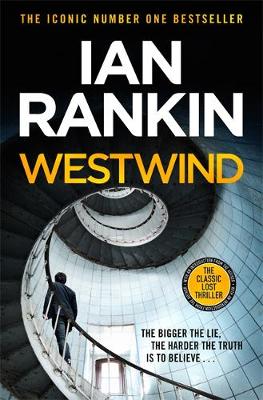 Europe, 1990. As the US begins to pull out its troops in a tide of isolationism, Britain is torn between its loyalties to the USA and its continental neighbours.

In America, a space shuttle crashes on landing, killing all but one of the crew on-board: A British man named Mike Dreyfuss, who will become vilified by the US press and protesters.

Halfway across the world, Martin Hepton, an English ground control technician watches as they lose contact with the most advanced satellite in Europe. A colleague of Hepton's who suspects something strange is going on is signed off sick, and never comes back.

Hepton decides to investigate his friend's suspicions and his trail leads him to Dreyfuss, MI6, the American military, and back to his former girlfriend, Jill, who is an up-and-coming journalist with the contacts and the courage to cover the story.

But there is much more at stake than anyone realises - and many more people on their trail than they can possibly evade...