Even Dogs in the Wild 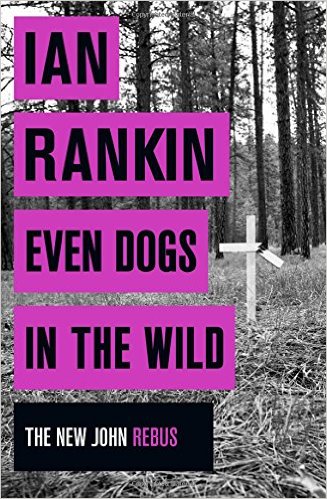 Hands in his pockets, Rebus turned to face Cafferty.
They were old men now, similar builds, similar backgrounds. Sat together in a pub, the casual onlooker might mistake them for pals who'd known one another since school.
But their history told a different story.

Retirement doesn't suit John Rebus. He wasn't made for hobbies, holidays or home improvements. Being a cop is in his blood.

So when DI Siobhan Clarke asks for his help on a case, Rebus doesn't need long to consider his options.

Clarke's been investigating the death of a senior lawyer whose body was found along with a threatening note. On the other side of Edinburgh, Big Ger Cafferty - Rebus's long-time nemesis - has received an identical note and a bullet through his window.

Now it's up to Clarke and Rebus to connect the dots and stop a killer.

Meanwhile, DI Malcolm Fox joins forces with a covert team from Glasgow who are tailing a notorious crime family. There's something they want, and they'll stop at nothing to get it.

'Taut, dark and expertly crafted tale has plenty to satisfy the most exacting Rebus fan.' (Guardian)

'Delightful, impossible-to-fault crime writing from a virtuoso of the craft.' (Daily Mail)