Spadework for a Palace 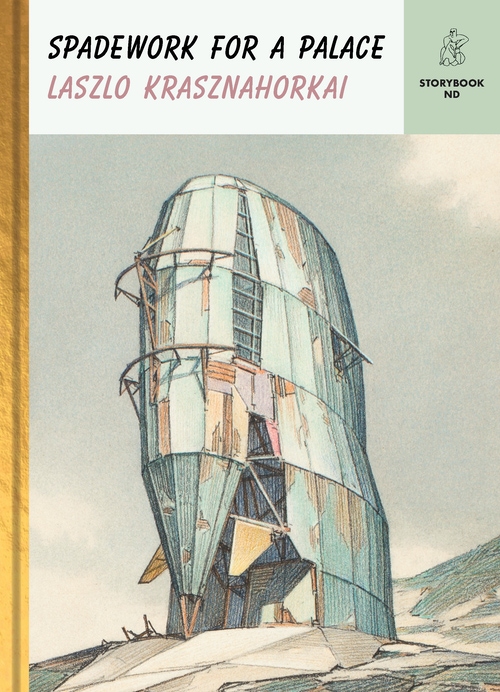 Translated into English by John Batki

Spadework for a Palace bears the subtitle “Entering the Madness of Others” and offers an epigraph: “Reality is no obstacle.” Indeed. This high-octane obsessive rant vaults over all obstacles, fueled by the idées fixes of a “gray little librarian” with fallen arches whose name—mr herman melvill—is merely one of the coincidences binding him to his lodestar Herman Melville (“I too resided on East 26th Street … I, too, had worked for a while at the Customs Office”), which itself is just one aspect of his also being “constantly conscious of his connectedness” to Lebbeus Woods, to the rock that is Manhattan, to the “drunkard Lowry” and his Lunar Caustic, to Bartók. And with this consciousness of connection he is not only gaining true knowledge of Melville, but also tracing the paths to “a Serene Paradise of Knowledge.” Driven to save that Palace (a higher library he also serves), he loses his job and his wife leaves him, but “people must be told the truth: there is no dualism in existence.” And his dream will be “realized, for I am not giving up: I am merely a day-laborer, a spade-worker on this dream, a herman melvill, a librarian from the lending desk, currently an inmate at Bellevue, but at the same time—may I say this?—actually a Keeper of the Palace.”