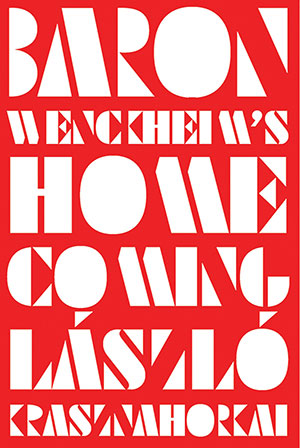 Translated into English by Ottilie Mulzet

Baron Wenckheim returns to modern-day Hungary: a rundown world of losers. Everyone's exaggerated hopes are directed at Wenckheim, the city's prodigy, who has become famous in Buenos Aires and who they assume will save Hungary. But too many people are playing with fire, and the city is full of mysterious tankers. Things could explode at any second.

With his new book, Krasznahorkai introduces another legendary novel in the wake of Satanstango and Melancholy of the Resistance.