Voyager: 101 Wonders Between Earth and the Edge of the Cosmos 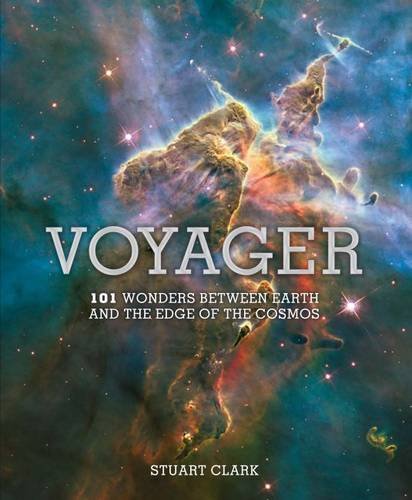 VOYAGER is a fantastic voyage across 276 billion trillion miles of space and 13.5 billion years of time, told through more than 300 of the most dramatic astronomical images ever captured. You are about to embark on a journey that will take you to the edge of the Universe and the beginning of time. You will cross 46.5 billion light years of space, exploring 101 celestial wonders ranging from comets to quasars. You will encounter grandeur on an astonishing scale, beauty in the most unexpected places, and the most shocking natural violence. You start here, on Earth, nestled in the Orion Spur of the Milky Way Galaxy, near the centre of the Local Group of galaxies, gravitationally bound to the Virgo Supercluster, but the entire Universe is now yours to explore.

Your journey is organized into four zones, each representing a distinct cosmic dominion: interplanetary, interstellar, intergalactic and, finally, intertemporal. Each celestial realm is home to its own unique inhabitants, its own cycles of life and death, and each has its own origins, its own ultimate fate. As you move from zone to zone, so the pace of your journey increases. Your first interplanetary steps are measured in mere light seconds, your final strides in the intertemporal zone are measured in giga-light years. VOYAGER's grand tour of space offers and unrivalled portrait of our cosmic habitat. Quite simply, there is no better way to see the Universe.