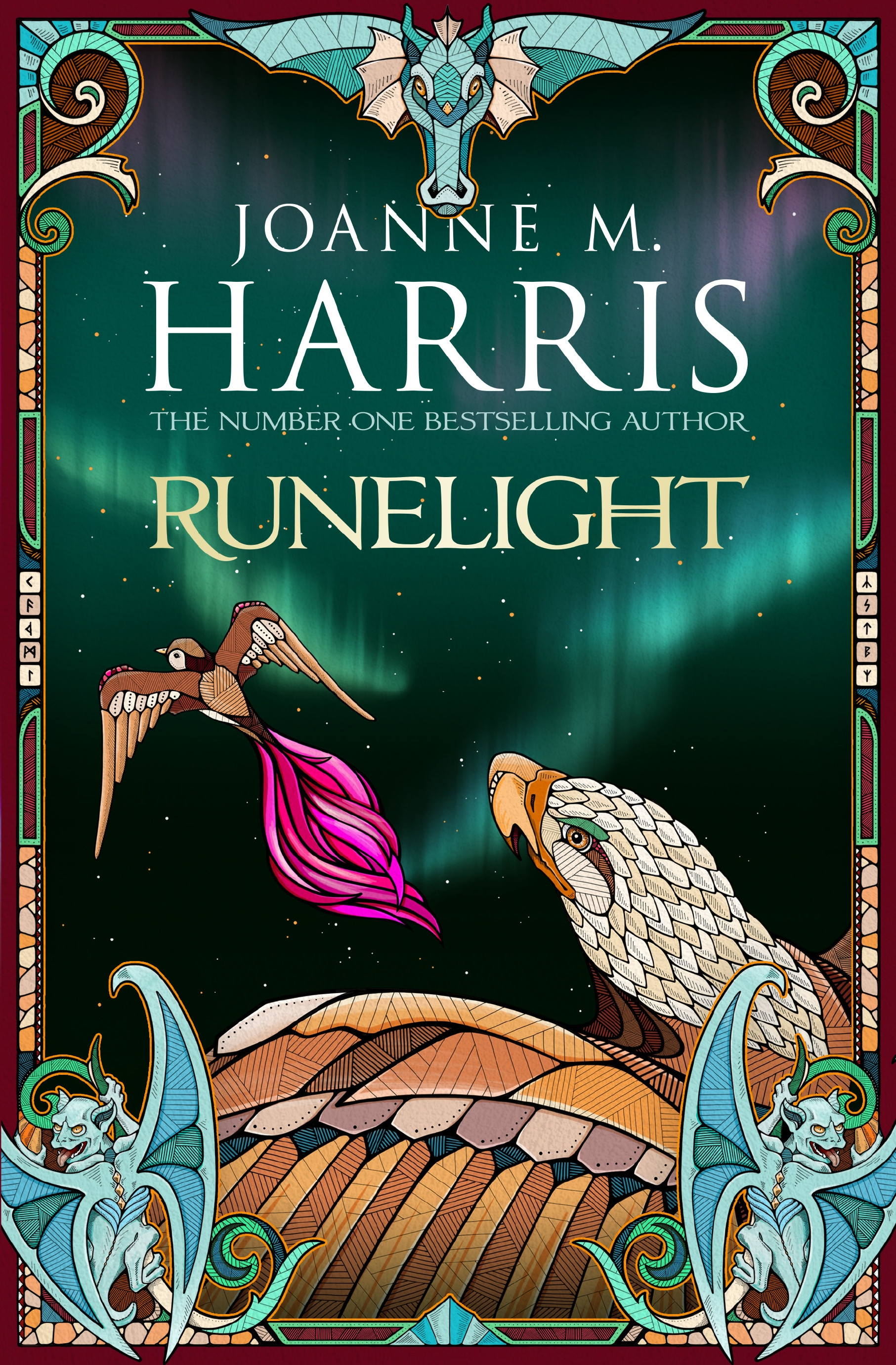 The squabbling Norse gods and goddesses of Runemarks are back! And there's a feisty new heroine on the scene: Maggie, a girl the same age as Maddy but brought up a world apart - literally, in World's End, the focus of the Order in which Maddy was raised. Now the Order is destroyed, Chaos is filling the vacuum left behind... and is breaching the everyday world.
Six hundred miles apart, two girls each bear on their skin a runemark: a symbol of the Old Days when the known Worlds were ruled by the gods from their sky citadel, Asgard.

Now Asgard lies in ruins, and the power of the gods has long since been destroyed.

Or so everyone thinks.

But nothing is lost for ever, and the gods haven't given up yet (nor stopped squabbling!) and they want the power of the runes borne by Maddy and Maggie - these new runes, which carry huge potential, their runelight shining out as a portent to the future.

Soon both girls are swept into a maelstrom of cataclysmic events that are to draw them closer and closer to each other, and nearer and nearer to a horrific struggle where each must prove where their loyalty lies . . .

Filled with inventive and humorous detail, trickery and treachery, carnage and lunacy, Runelight is the second title - following Runemarks - in a series of gloriously imaginative and dramatic tales about the Norse gods.