The Wit In The Dungeon: 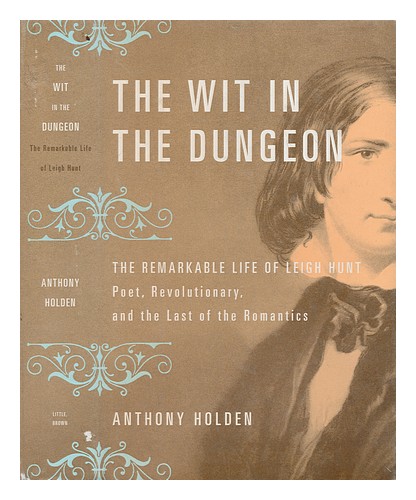 He was born in the year Dr Johnson died, and died in the year A.E. Houseman and Conan Doyle were born. The 75 years of Leigh Hunt's life uniquely span two distinct eras of English life and literature. A major player in the Romantic movement, the intimate and first publisher of Keats and Shelley, friend of Byron, Hazlitt and Lamb, Hunt lived on to become an elder statesman of Victorianism, the friend and chamption of Tennyson and Dickens, awarded a state pension by Queen Victoria. Jailed in his twenties for insulting the Prince of Wales, Hunt ended his long, productive life vainly seeking the Poet Laureatship with fawning poems to Victoria. A tirelessly prolific poet, essayist, editor and critic, he has been described as having no rival in the history of English criticism. Yet Hunt's remarkable life story has never been fully told. Anthony Holden's deeply researched and vibrantly written biography gives full due to this minor poet - but major influence on his great Romantic contemporaries.