The Nature of Blood 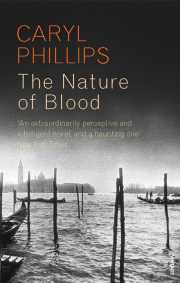 A novel about personal crisis and momentous social conflict, Caryl Phillips sixth novel tells the inextricably linked stories of a young Jewish woman growing up in mid-twentieth-century Germany, and an African general hired by the Doge to command his armies in sixteenth-century Venice. At the heart of these stories is Europe's age-old obsession with race, with similarity and difference, with blood. This is a novel about how we define ourselves and consequently, it is about the most dangerous and nightmarish aspects of our identity.