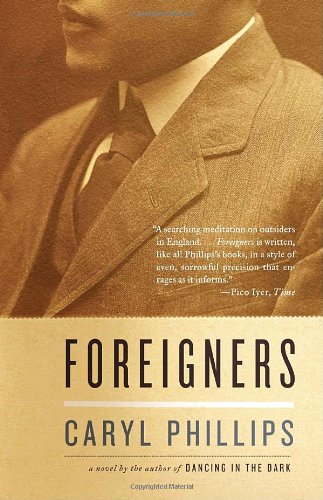 Francis Barber, 'given' to the great eighteenth-century writer Samuel Johnson, afforded an unusual depth of freedom, which, after Johnson's death, would help hasten his wretched demise....Randolph Turpin, Britain's first black world champion boxer, who made history in 1951 by defeating Sugar Ray Robinson, and who ended his life in debt and despair...David Oluwale, a Nigerian stowaway who arrived in Leeds in 1949, the events of whose life called into question the reality of English justice, and whose death at the hands of police in 1969 served as a wake-up call for the entire nation.

Each of these men's stories is told in a different, perfectly realized voice. Each illuminates the complexity and drama that lie behind the simple notions of haplessness that have been used to explain the tragedy of their lives. And each explores, in entirely new ways, the themes - at once timeless and urgent - that have been at the heart of all of Caryl Phillips' work: belonging, identity, and race.

Foreigners is among his most powerful, empathic, and profoundly affecting books.