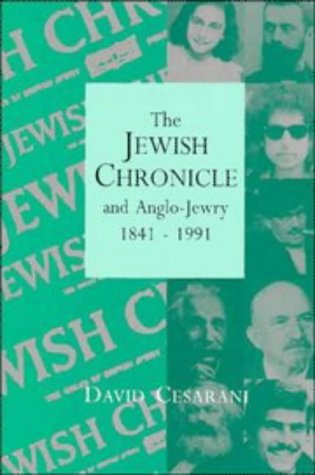 Founded in 1841, The Jewish Chronicle is the oldest continuously published Jewish newspaper in the world. A force for change, a forum for debate and a shaper of Jewish identity, it has played a central part in the development of modern Anglo-Jewry. More than just a mirror of Anglo-Jewish mores, registering waves of immigration and social change, The Jewish Chronicle has been an active player in historical events. Its editors have intervened decisively in communal history and debated with British statesmen. No historian can understand the inner life of British Jews without looking at the social reports, the sports column, the arts and cultural coverage and the advertising that the paper has carried. This book, written by a noted historian of Jewish social affairs, gives an insight into the working of a newspaper, the struggles between editors and directors, and the boardroom politics. It is the story of a publishing adventure that became an institution and helped to shape the destiny of an entire community.