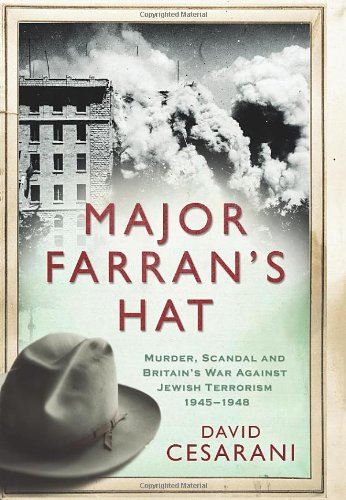 'Major Farran's Hat' explores the reasons why Britain lost Palestine, why its counter-insurgency strategy collided with its diplomacy, and why the tactics of the security forces were ill-judged, poorly executed, and futile. Setting Farran's remarkable story in the context of the first modern campaign of international terrorism, it draws on recently declassified files of the Security Services to reveal the full extent and ambition of Jewish terrorist attacks on Britain in the late 1940s. Part Boys' Own adventure, part narrative history, 'Major Farran's Hat' solves a murder mystery and exposes a shady episode in the final years of the British empire. This story of violence, cover ups and expediency throws light on Britain's legacy in the Middle East, with remarkable echoes of today's War on Terror.