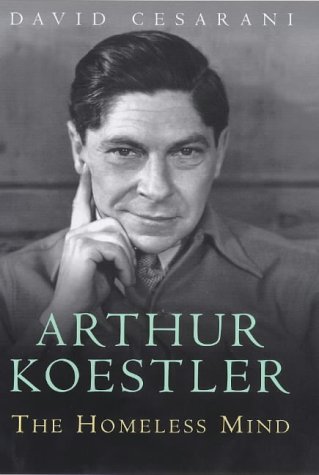 Arthur Koestler is one of the intellectual beacons of the 20th century. Along with Russell, Sartre, Malraux, Camus and Orwell, he helped to shape the world of ideas in which we live. As a Central European Jew born at the beginning of the century, Koestler is very much a product of the time, place and circumstances of his birth. As the century progressed, he espoused Communism, Zionism and eventually turned to science to make sense of the chaos of the century. But far from being a dry intellectual, Koestler loved the high life and particularly the women and cars which accompanied it. Using new source material, and enjoying full access to the Koestler estate, David Cesarini re-examines Koestler's writings in the context of his life and loves, paying particular attention to his treatment of friends and lovers. Koestler was a great womanizer and found partners devoted to him, none more so than his last wife, Cynthia, with whom he controversially committed joint suicide in 1983.