Eichmann: His Life and Crimes 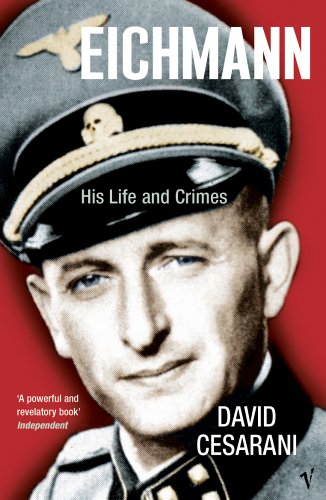 Adolf Eichmann was responsible for transporting over two million Jews to their deaths in Auschwitz-Birkenau and other death camps. Yet he was an obscure figure until his sensational capture by the Israeli Secret Service in Argentina in 1960 and his subsequent trial in Jerusalem.

This is the first account of Eichmann's life to appear since the aftermath of his trial. It is a groundbreaking biography of one of the most fascinating of the Nazi leaders. Drawing on recently unearthed documents, David Cesarani shows how Eichmann became the Nazi Security Service's 'expert' on Jewish matters. He explains how new research demonstrates that the massive ethnic cleansing Eichmann conducted in argues controversially that Eichmann was not necessarily predisposed to mass murder, exploring the remarkable, largely unknown period in Eichmann's career when he learned how to become a perpetrator of genocide.