The Gate of Angels 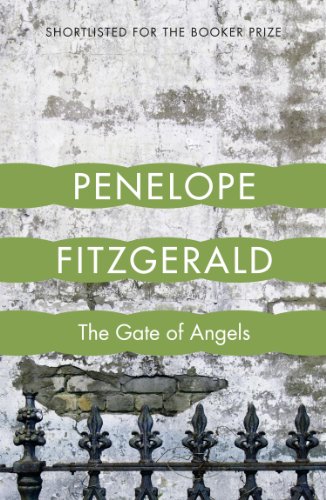 From the Booker Prize-wining author of Offshore and The Blue Flower, this Booker Prize-shortlisted novel centres on Cambridge Fellow Fred Fairly’s search for a rational riposte to love.

In 1912 Fred Fairly is a Junior Fellow at the college of St Angelicus in Cambridge, where for centuries no female, not even a pussy cat, has been allowed to set foot ("though the starlings couldn't altogether be regulated"). Fred lectures in physics and the questionable nature of matter and worries about the universal problem known in Cambridge at the time as ‘the absurdity of the Mind-Body Relationship’. To Fred this is tormenting rather than absurd. The young woman beside him when he wakes up one evening in the Wrayburns’ spare bedroom might help resolve it, but how can he tell if she is quite what she seems? Fred is a scientist. To him the truth should be everything, and indeed he thinks it is. But scientists make mistakes.

The Gate of Angels is a funny, touching and inspiring look at male-female relationships and the problems caused by thinking just a little too much.

‘A book which delights, amuses, disturbs and provokes reflection, in equal measure. It is a triumph of craftmanship, intelligence and sensibility.’ Scotsman