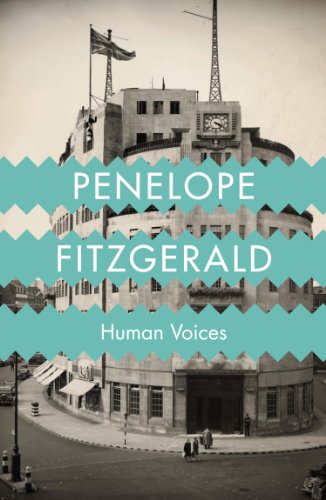 From the Booker Prize-winning author of Offshore, The Blue Flower and Innocence, this is a funny, touching, authentic story of life at Broadcasting House during the Blitz.

The human voices of Penelope Fitzgerald’s novel are those of the BBC in the first years of the World War II, the time when the Concert Hall was turned into a dormitory for both sexes, the whole building became a target for enemy bombers, and in the BBC – as elsewhere – some had to fail and some had to die.

It does not pretend to be an accurate history of Broadcasting House in those years, but ‘one is left with the sensation’, as William Boyd said, reviewing it in the ‘London Magazine’, ‘that this is what it was really like.’

‘One of the pleasures of reading Penelope Fitzgerald is the unpredictability of her intelligence, which never loses its quality, but springs constant surprises, and if you make the mistake of reading her fast because she is so readable, you will miss some of the best jokes. This is a very funny novel.’ The Times