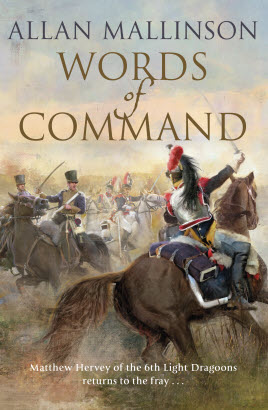 And the prime minister, the Iron Duke, is resisting growing calls for parliamentary reform, provoking scenes of violent unrest in the countryside. But there are no police outside London and most of the yeomanry regiments, to whom the authorities had always turned when disorder threatened, have been disbanded as an economy measure.

Against this inflammable backdrop Lieutenant-Colonel Matthew Hervey, recently returned from an assignment in the Balkans, takes command of his regiment, the 6th Light Dragoons. His fears that things might be a little dull are quickly dispelled by the everyday business of vexatious officers, difficult choices over which NCOs to promote not to mention the incendiarists on the doorstep of the King himself.

But it’s when the Sixth are sent to Brussels for the fifteenth anniversary celebrations of the battle of Waterloo and find themselves caught up in the Belgian uprising against Dutch rule that the excitement really starts. Will Hervey be able to keep out of the fighting – a war that would lead, nearly a century later, to Britain’s involvement in an altogether different war – while safeguarding his country’s interests? Not likely!