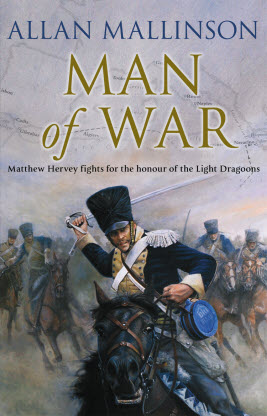 Captain Sir Laughton Peto , recently engaged to Matthew Hervey’s sister, Elizabeth, has just taken command of HMS Prince Rupert, the only three-deck line-of-battle ship in commission. He is the proud master of a wooden fortress whose formidable firepower is the equal of Bonaparte’s grand battery at Waterloo. But his passage to the Ionian – where Admiral Codrington is assembling an Anglo-Russian-French fleet to evict the Turks from Greek waters – will not be smooth sailing. First he must exercise his crew, most of whom have not seen action before. He has also been entrusted with the safe passage to Malta of the Admiral’s youngest daughter.

Six months on, and Matthew Hervey is in London recovering from another bout of malaria and the wound from his battle with the Zulu. All is set fair for his marriage to the eminently suitable Lady Lankester, and his subsequent return to active duty at the Cape. But trouble lies ahead as familial commitments clash with affairs of the heart, and Hervey finds himself embroiled in a military enquiry that can, at best, spell personal embarrassment, and that could result in public humiliation.

As the cataclysmic battle of Navarino Bay looms ever closer for Peto and his crew, the full outcome of which is not known in London even six months later, Hervey faces a crisis that could change both his life and his military career…