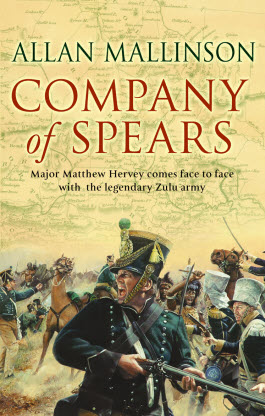 South Africa, 1827 Matthew Hervey is newly posted to the Cape Colony, where there is need of a man to re-organize the local forces, and in particular to form a new company of horse.

Accompanied by a mixed-race captain from the disbanded Royal African Corps, Hervey heads out into the great South African plains and towards the territory of the Zulu and their legendary leader, King Shaka.

But it is not till he nears the Umtata River that his fiercest battle really begins. For the Zulus fight like no army he has encountered before. As Hervey and his greenhorn troops are plunged into battle, death is only a heartbeat away…