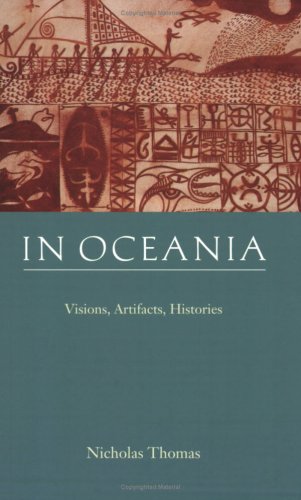 In this collection of essays, Nicholas Thomas, a leading theorist of historical anthropology, explores the historicization of cultural encounters in the region referred to as Oceania. Basing his claims on wide-ranging historical and ethnographic research and building on his celebrated studies of exchange and colonialism in the Pacific, Thomas describes how outsiders and islanders alike have constructed indigenous cultures over the last two hundred years.

In Oceania documents and analyzes the "rhetorical artifacts" of explorers, missionaries, fiction and travel writers, and the people of the Pacific themselves to illustrate how Oceanic identities have been represented over time. Not content with conventional methods of anthropology or history, Thomas draws on postcolonial theory and literary analysis in extraordinarily wide-ranging analyses of texts, visual images, and historical processes. He demonstrates how cultures of the Pacific Islands have dealt with colonialist ventures, modernity, and the debate about the recuperation of histories and traditions. The picture Thomas paints of Oceania, however, is not one of a group of societies stripped of meaning, but one that shows how the interactions between indigenous cultures and European influences have created entirely new identities.