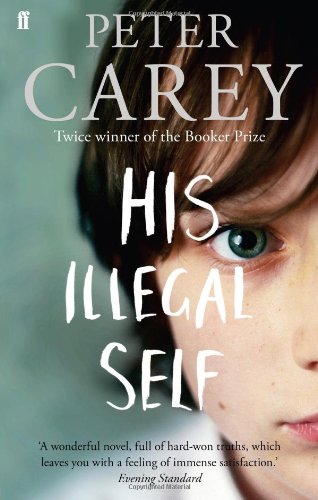 Che is raised in isolated privilege by his New York grandmother, the precocious son of radical Harvard students in the sixties. Yearning for his famous Outlaw parents, denied all access to television and the news, he takes hope from his long-haired teenage neighbour who predicts 'They will come for you, man. They'll break you out of here.' Soon Che too is an outlaw, fleeing down subways, abandoning seedy motels at night, as he is pitched into a journey that leads him to a hippy commune in the jungle of tropical Queensland. Here he slowly, bravely, confronts his life, learning that nothing is what it seems. "His Illegal Self" is an achingly beautiful and emotional story of the love between a young woman and a little boy, and a wonderful journey of self-discovery.

"Since winning the Booker prize a second time with his portrait of the outlaw Ned Kelly (True History of the Kelly Gang, 2000), Carey has published two novels, My Life as a Fake and Theft. HIS ILLEGAL SELF further explores the underbelly of the Western world. All the prizes in the world could not turn Carey into an Establishment figure, and for that his fans are forever grateful.