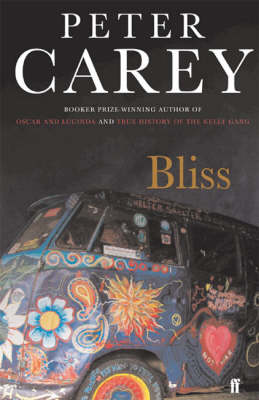 Bliss was Peter Carey's astonishing first novel - a fast-moving extravaganza, both funny and gripping, about a man who, recovering from death, is convinced that he is in Hell. For the first time in his life, Harry Joy sees the world as it really is and takes up a notebook to explore and notate the true nature of the Underworld.

As in his stories and some of his later novels, it is Peter Carey's achievement in Bliss to create a brilliant but totally believable fusion of ordinary experience with the crazier fantasies of the mind. This powerful and original novel is a love story about a man who misunderstands the world so totally that he almost gets it right.