Anna Of All The Russias 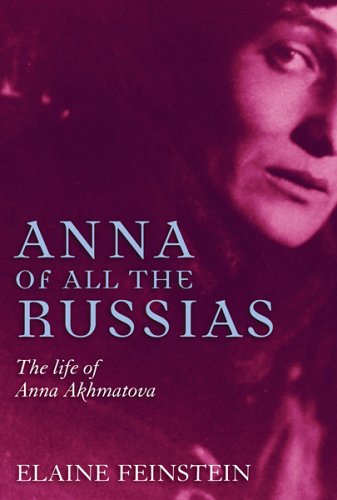 Anna Akhmatova is recognised as the greatest woman poet of Russian literature. Her work has a classical perfection, drawn from Pushkin, and a passionate voice, which rises directly out of the drama of her own life. Many men fell in love with her beauty, yet all three of her marriages were brutally unhappy. Her life has a particular resonance for women. She began writing at a time when 'to think of a woman as a poet was absurd,' as she remarked ironically. Her genius soared above any such category; yet the human price she had to pay for that triumph was as a wife and mother. Her first husband was executed by the Bolsheviks; her only son spent sixteen years in the Gulag during Stalin's terror; her third husband died there. Although banned from publishing poetry for a quarter of a century this did not stop her writing in secret, which as Feinstein says 'gave voice to the suffering of the Russian people'. Her stubborn loyalty to friends in danger - Shostakovich, Mandelstam, Pasternak and the playwright Bulgakov - showed a courage few possess, and she became an iconic figure for those whom the Soviet regime repressed.This heroic role was sustained through illness (she had TB for much of Another great Russian poet of the twentieth century, Marina Tsvetayeva, called her 'Anna of all the Russias' as if she were a Tsarina.