Words Alone: Yeats and his Inheritances 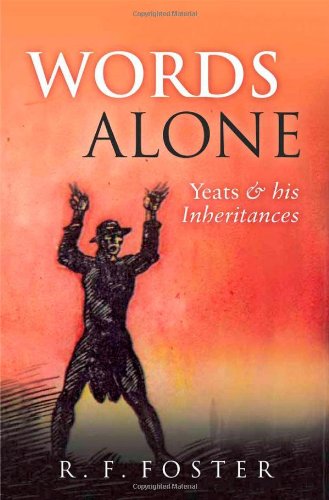 W. B. Yeats is usually seen as a great innovator who put his stamp so decisively on modern Irish literature that most of his successors worked in his shadow. R. F. Foster's eloquent and authoritative book weaves together literature and history to present an alternative perspective. By returning to the rich seed-bed of nineteenth-century Irish writing, Words Alone charts some of the influences, including romantic 'national tales' in post-Union Ireland, the poetry and polemic of the Young Ireland movement, the occult and supernatural novels of Sheridan LeFanu, William Carleton's 'peasant fictions', and fairy-lore and folktale collectors that created the unique and powerful Yeatsian voice of the decade from 1885 to 1895. As well as placing these literary movements in a vivid contemporary context of politics, polemic and social tension, Foster discusses recent critical and interpretive approaches to these phenomena. He shows that the use Yeats made of his predecessors during his apprenticeship, and the part that a self-conscious use of Irish literary tradition played in the construction of his path-breaking early work as he attempted to 'hammer his thoughts into a unity' made him an inheritor as much as an inventor.