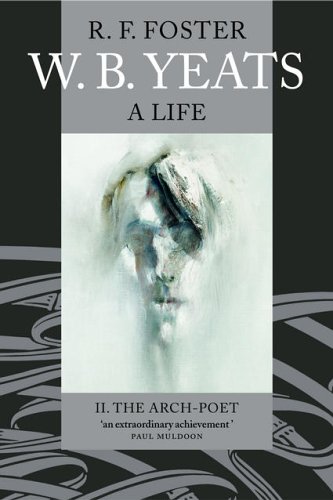 The acclaimed first volume of this definitive biography of W. B. Yeats left him in his fiftieth year, at a cross-roads in his life. The subsequent quarter-century surveyed in The Arch-Poet takes in his rediscovery of advanced nationalism and his struggle for an independent Irish culture, his continued pursuit of supernatural truths through occult experimentation, his extraordinary marriage, and a series of tumultuous love affairs. Throughout he was writing his greatest poems, from the stark simplicity of 'The Fisherman' and 'The Wild Swans at Coole', through the magnificent complexities of the sequences reflecting the Troubles and Civil War and the Byzantium poems, to the radical compression of his last work - some of it literally written on his deathbed. The drama of his life is mapped against the history of the Irish revolution and the new Irish state founded in 1922. Yeats's many political roles and his controversial involvement in a right-wing movement during the early 1930s are covered more closely than ever before, and his complex and passionate relationship with the developing history of his country remains a central theme. Throughout this book, the genesis, alteration, and presentation of his work (memoirs and polemic as well as poetry) is explored through his private and public life. The enormous and varied circle of Yeats's friends, lovers, family, collaborators, and antagonists inhabit and enrich a personal world of astounding energy, artistic commitment, and verve. Yeats constantly re-created himself and his work, believing that art was 'not the chief end of life but an accident in one's search for reality': a search which brought him again and again back to his governing preoccupations: sex and death. He also held that 'all knowledge is biography', a belief reflected in this study of one of the greatest lives of modern times.