Luck and the Irish 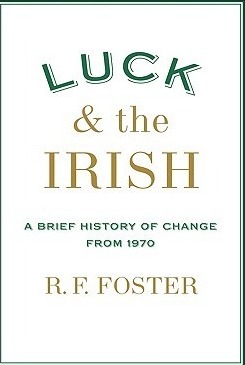 From 1970, things were changing in Ireland; the Celtic Tiger had finally woken, and the rules for everything from gender roles and religion to international relations were being entirely rewritten. Luck and the Irish examines how the country has weathered these last thirty years of change, and what these changes may mean in the long run. R. F. Foster also looks at how characters as diverse as Gerry Adams, Mary Robinson, Charles Haughey and Bob Geldof have contributed to Ireland's altered psyche, and uncovers some of the scandals, corruption and marketing masterminds that have transformed Ireland and its luck.
'With this book, Foster reaffirms his status as the outstanding chronicler of modern Irishness'
The Spectator

`In Luck and the Irish RF Foster proves that being a great stylist doesn't mean there's any diminution of substance'
TLS, Books of the Year

`Roy Foster's Luck and the Irish is a characteristically very clever, very funny and unsentimental interpretation of how the Republic of Ireland became at once modern and fashionable. It is a book that knowingly ruffles feathers.'
TLS