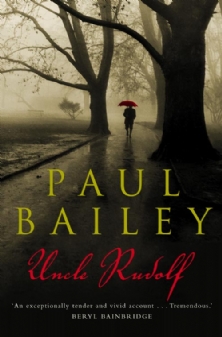 The haunting new novel from Paul Bailey, whose work has been short-listed twice for the Booker prize. At the age of 70, Andrew Peters suddenly finds himself speaking in the language he has not used since childhood, when he came to live with his doting Uncle Rudolf . Rudolf transformed Andrew's world. Looking back across the years, Andrew remembers the captivating man who rescued him in 1937 from a likely death in fascist Romania. A sublimely gifted lyric tenor, Rudolf's talent had exiled him from his native land, leading him to Paris, Vienna and London, where he became a much-loved star in operetta. He turns all his hopes and sardonic humour upon Andrew, and the gauche child from a remote country town becomes what Rudolf wants him to be -- an English gentleman. Vivid, often hilarious stories of Rudolf's brilliant but blighted career and of his eccentric household are intertwined with the slow unfolding of the secrets that have shadowed Andrew's otherwise happy life. Told in matchless prose, this deeply moving novel captures a vanished epoch and a way of life with exquisite tact and restraint.

'Bailey's melodic novel is a beautifully measured study of cross-generational connectivity and separateness ... Tender and ineffably sad.' - The Sunday Times

‘This fine and thoughtful tale is given a bittersweet seductiveness by the elegant sophistication of Bailey’s writing and the splendid flamboyance of his central character.’ - The Guardian

‘Lyrical and touching.’ - The Times