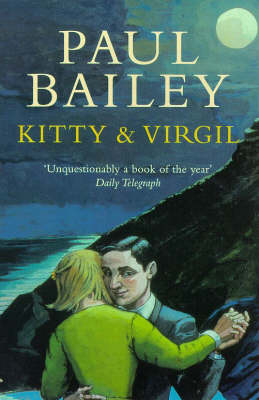 Paul Bailey's latest novel is a homage to Romania, past and present, and took him four years to write as he travelled around Romania and Eastern Europe, gathering stories and learning Romanian in the process. The result is an eccentric tale of eccentric characters determined to hold onto their integrity in the face of a ruthless world. Taking place primarily amongst the more Bohemian elements of English upper-class society, the story revolves around Kitty and Virgil, two people who fall passionately in love with each other after a chance meeting in a hospital. Kitty is a well-off, middle-aged editor, Virgil a Romanian exile working as a refuse collector, tortured by the plight of his country but, more potently, by the murderous acts committed by his father years before Virgil was even conceived. This is as much a dark, anarchic comedy as a love story: Virgil, a gentle, intense, intellectual character with a madman's laugh and a puny body, is sent up along with Kitty's practicality and self-obsessed, privileged family. But Virgil is literally haunted by his past, both personal and cultural. Bailey is clearly at ease with Romania's fragmented, deeply-romantic culture and takes the reader on a fascinating journey through Virgil's poetic version of it. The novel is set against the collapse of Romania's Communist regime in the late eighties, an event which indirectly causes Virgil's quest for truth to end in tragedy. Kitty and Virgil can be exasperating, with its cast of florid caricatures and the overblown, self-satisfied idiom they communicate in, but above all, it is funny, intelligent and moving.

'Bailey captures the lovers' story with an eye that is both urbane and affecting as it moves fluidly between Romanian and English settings.' - The Daily Telegraph

'A book about the destructiveness of intolerance, selfishness and the lust for order, and about the redeeming power of tolerance, love and pity.' - The Independent