The Cold War in the Middle East: Regional Conflict and the Superpowers 1967-73 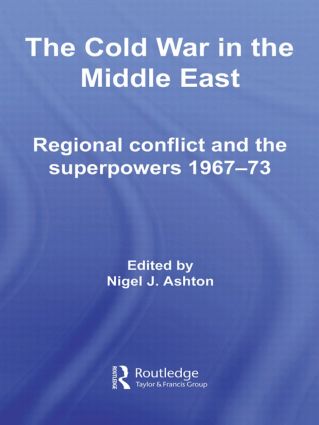 This edited volume re-assesses the relationship between the United States, the Soviet Union and key regional players in waging and halting conflict in the Middle East between 1967 and 1973. These were pivotal years in the Arab-Israeli conflict, with the effects still very much in evidence today.

In addition to addressing established debates, the book opens up new areas of controversy, in particular concerning the inter-war years and the so-called ‘War of Attrition’, and underlines the risks both Moscow and Washington were prepared to run in supporting their regional clients. The engagement of Soviet forces in the air defence of Egypt heightened the danger of escalation and made this one of the hottest regional conflicts of the Cold War era. Against this Cold War backdrop, the motives of both Israel and the Arab states in waging full-scale and lower-intensity conflict are illuminated. The overall goal of this work is to re-assess the relationship between the Cold War and regional conflict in shaping the events of this pivotal period in the Middle East.

The Cold War in the Middle East will be of much interest to students of Cold War studies, Middle Eastern history, strategic studies and international history.