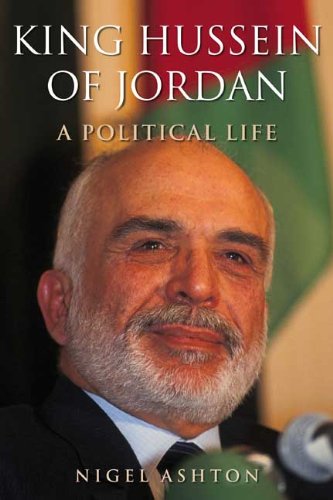 King Hussein of Jordan ascended the throne in 1953, at the age of seventeen. He inherited a country that was riven with instability; the entire Middle East was in disarray following the 1948 war and the creation of Israel, and across the region traditional regimes were being overthrown by Arab nationalists. In this absorbing biography Nigel Ashton tells how Hussein managed not only to survive but to flourish in the half-century that followed. Clever political management enabled him to thwart the numerous threats to his life and kingdom, and his charm and diplomatic savvy made him a favourite in the West. Most strikingly, he conducted a covert dialogue with Israeli leaders for more than thirty years, culminating in the historic 1994 peace treaty between Jordan and Israel. Ashton has had unique access to Hussein's private papers, including his secret correspondence with US, British, and Israeli leaders, and has conducted numerous interviews with members of Hussein's circle and immediate family. The resulting book brings new depth to our understanding not only of the King himself but of the entire Middle East during the second half of the twentieth century.