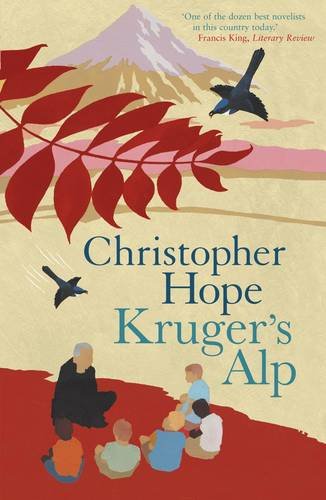 Winner of the 1985 Whitbread Prize for Fiction: "Kruger's Alp" moves from pulpit to black township, from Johannesburg's fortress prison to the underworld of Soho as we follow renegade priest Theodore Blanchaille in his search for the legendary gold spirited away by President Kruger in order to found an earthly paradise. Theodore Blanchaille is searching for the missing millions of the Boer leader Paul Kruger, and his lost city of gold. As a child he had heard tales of Kruger from a wayward priest; what follows is an astonishing journey that takes Blanchaille through a landscape peopled with spies, visionaries, terrorists, traitors, patriots and exiled presidents. From huge transit camps on the veld to a notorious prison block, from a township in the bloody aftermath of 'pacification' to a secret travelers' rest for fleeing pilgrims, and from the streets and cellars of Soho to paradise at last on a Swiss mountainside, "Kruger's Alp" is a fantastical political satire of extraordinary invention.