Brothers Under The Skin 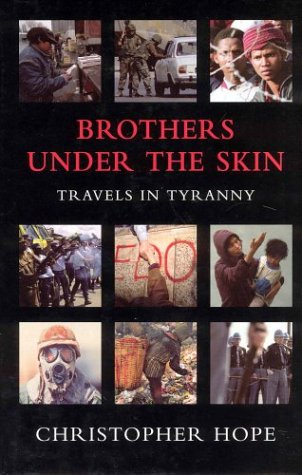 The reflections on the character of modern tyranny, as examplified in the person of Robert Mugabe, and as experienced through a life-time of encounters with tyrants and their regimes. Christopher Hope met his first dictator when he was six years old: the family of Dr Henrik Verwoerd, architect of apartheid. Experience of apartheid sensitised him to the distinctive traits of tyranny he went on to witness in Germany, Russia, Serbia, South East Asia and, most recently, in Zimbabwe. For him, Robert Mugabe's regime, in its wild paranoia, its murderous conviction of righteousness, its narrow depleted vocabulary and its inability to concede power, however small, epitomises the nature of modern tyranny, wherever it is based and regardless of the race, nation or ideology it claims to embody. Through a mixture of memoir, interview, reportage and analysis, he reveals the tragic, yet entirely typical, absurdity of one man's lust for power.