George Stubbs and the Wide Creation 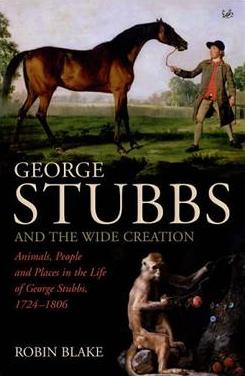 George Stubbs was far more than a great portraitist of horses; as this fascinating book shows, he was a painter and printmaker on a par with his contemporaries Hogarth, Reynolds and Gainsborough.An artist-scientist in the mould of Leonardo da Vinci, Stubbs tirelessly studied and explored the natural world, and looked for new ways of representing it.

Born in Liverpool, the son of a tradesman who dealt in leather, he was entirely self-taught and at first struggled in obscurity as a northern provincial painter.His breakthrough was his remarkable investigation of The Anatomy of the Horse, published in 1766, which led to his employment by some of the most powerful men of the Georgian era.This book reveals the networks of patronage and friendship through which Stubbs worked, and makes many unexpected connections.