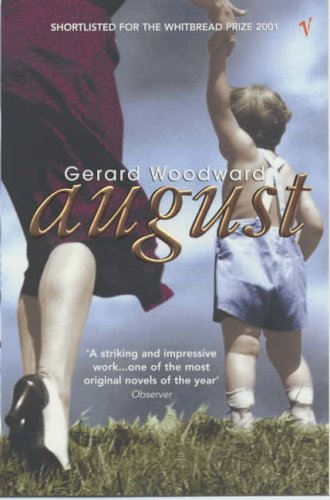 Ever since Aldous Jones careened over the handlebars of his bicycle in 1955 and landed next to Farmer Evans's first field, it has become a tradition for him to take his family camping in Wales. At Easter, Mrs Evans writes to ask if he, Colette and their four children require the third field for the summer in August, their Bukta tent is brought down from the attic and unrolled in the garden of 89 Fernlight Avenue. Aldous has started to feel that a certain symbiosis has developed between their North London home and the Welsh village that they only ever see in August. When the Evanses acquire a milking parlour, Aldous associates it with the acquisition of the Jones's first car - but Colette is right in seeing 'the culling of the dairymaids' as a premonition of far more radical change. As the years pass, Aldous's family idyll starts to disintegrate and the farm becomes a place drenched in memory. Gerard Woodward has written a stunning and unforgettable first novel. His beautiful prose skilfully turns the mesmerising story of one family's happiness and grief into an elegy for the charms of post-war English family life and for the child's-eye view that failed to see darkness lurking behind the jollity. From the wayward genius of an eldest son, Janus, to the exuberant, witty but ultimately unstable Colette - all the characters in this book will haunt the reader long after they have put it down.