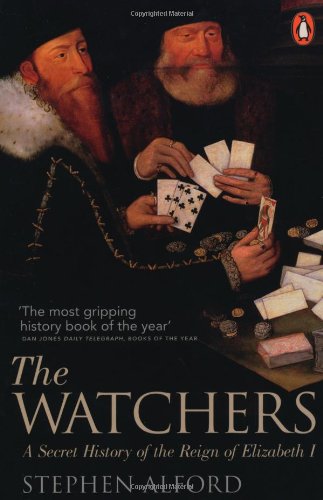 Elizabeth I's reign is known as a golden age, yet to much of Europe she was a 'Jezebel' and heretic who had to be destroyed. The Watchers is a thrilling portrayal of the secret state that sought to protect the Queen; a shadow world of spies, codebreakers, agent provocateurs and confidence-men who would stop at nothing to defend the realm.

'Forget Le Carré, Deighton and the rest - this is more enthralling than any modern spy fiction' - Daily Telegraph

'A vivid and staggeringly well-researched portrait of the sinister side of Elizabethan England ... This is a spectacular book. It sheds new light on plots that most historians have ceased to explore and brings less famous conspiracies to the attention of the general reading public' - Herald

'Fascinating ... If you want to know the inside story of this struggle, the dark heart of calculation and the fight for survival, then this is the book to read. I know no better' - Spectator