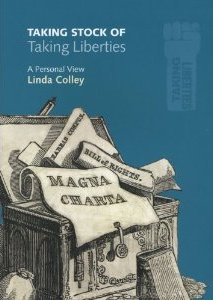 Eminent historian Linda Colley discusses some of the extraordinary and moving documents and images on display in the Taking Liberties exhibition, all of which illuminate struggles over rights and liberties in these islands, from Magna Carta to the present. The author traces the evolution of the powerful cult of superior British freedoms, and shows how in the past this was often at odds with actual access to the vote, the condition of women, disparities of experience between different parts of the British Isles, and modes of rule in the British Empire. Taking Stock of Taking Liberties also poses and investigates a major question. Why, having generated so many early influential constitutional statements, and exported Bills of Right and constitutions to many parts of its onetime empire, has the UK entered the 21st century without a constitution of its own, or its own modern Bill of Rights?