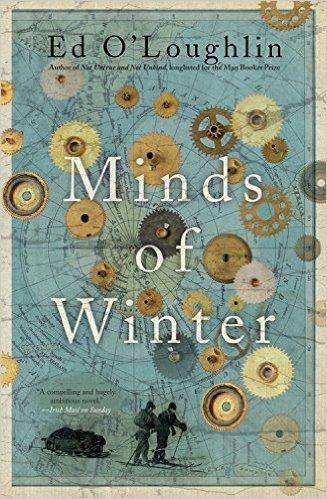 'A simply brilliant debut by an author of great poise and power.' – Tim Butcher

In a journey shrouded in mystery and intrigue, Sir John Franklin's 1845 campaign in search of the Northwest Passage ended in tragedy. All 129 men were lost to the ice, and nothing from the expedition was retrieved, including two rare and valuable Greenwich chronometers. When one of the chronometers appears a century and a half later in London, in pristine condition and crudely disguised as a Victorian carriage clock, new questions arise about what really happened on that expedition – and the fates of the men involved.
When Nelson Nilsson, an aimless drifter from Alberta, finds himself in Canada's Northern Territories in search of his brother, he meets Fay Morgan by chance. Fay has just arrived from London, hoping to find answers to her burning questions about her past. When they discover that their questions about their pasts and present are inextricably linked, the two will become unlikely partners as they unravel a mystery that traverses continents and centuries.
In a narrative that crosses time and space, O'Loughlin delves deep into the history of Franklin's expedition through the eyes of the explorers themselves, addressing questions that have intrigued historians and readers for centuries. What motivated these men to strike out on dangerous campaigns in search of the unknown? What was at stake for them, and for those they left behind? And when things went wrong – things that couldn't be shared – what would they do to protect themselves and their discoveries?