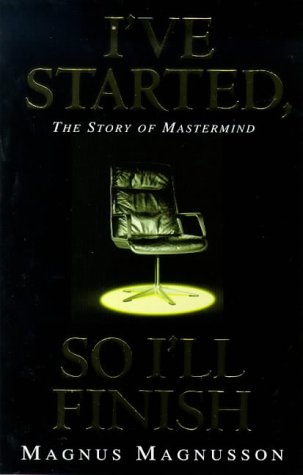 'You passed on just the one.' Mastermind, the BBC television contest, has subjected more than 1,400 would-be Brains of Britain to its rapid-fire interrogation. But after 25 years, the programme was broadcast on television for the last time in September 1997. At its zenith Mastermind attracted 12 million viewers. Its winners - taxi drivers, diplomats and teachers - became national celebrities and the programme spawned an obsession with general knowledge, from Trivial Pursuit to pub quizzes. Its success has been due to a simple formula, the consistency of its standards and in large measure to the gravitas, courtesy and humour of its Icelandic-born question-master, Magnus Magnusson. His book of behind-the-scenes or in-the-chair anecdotes is a valedictory celebration of a much-loved programme. You have two minutes to buy this book, starting Now!

Other Magnus Magnusson, Estate of Titles